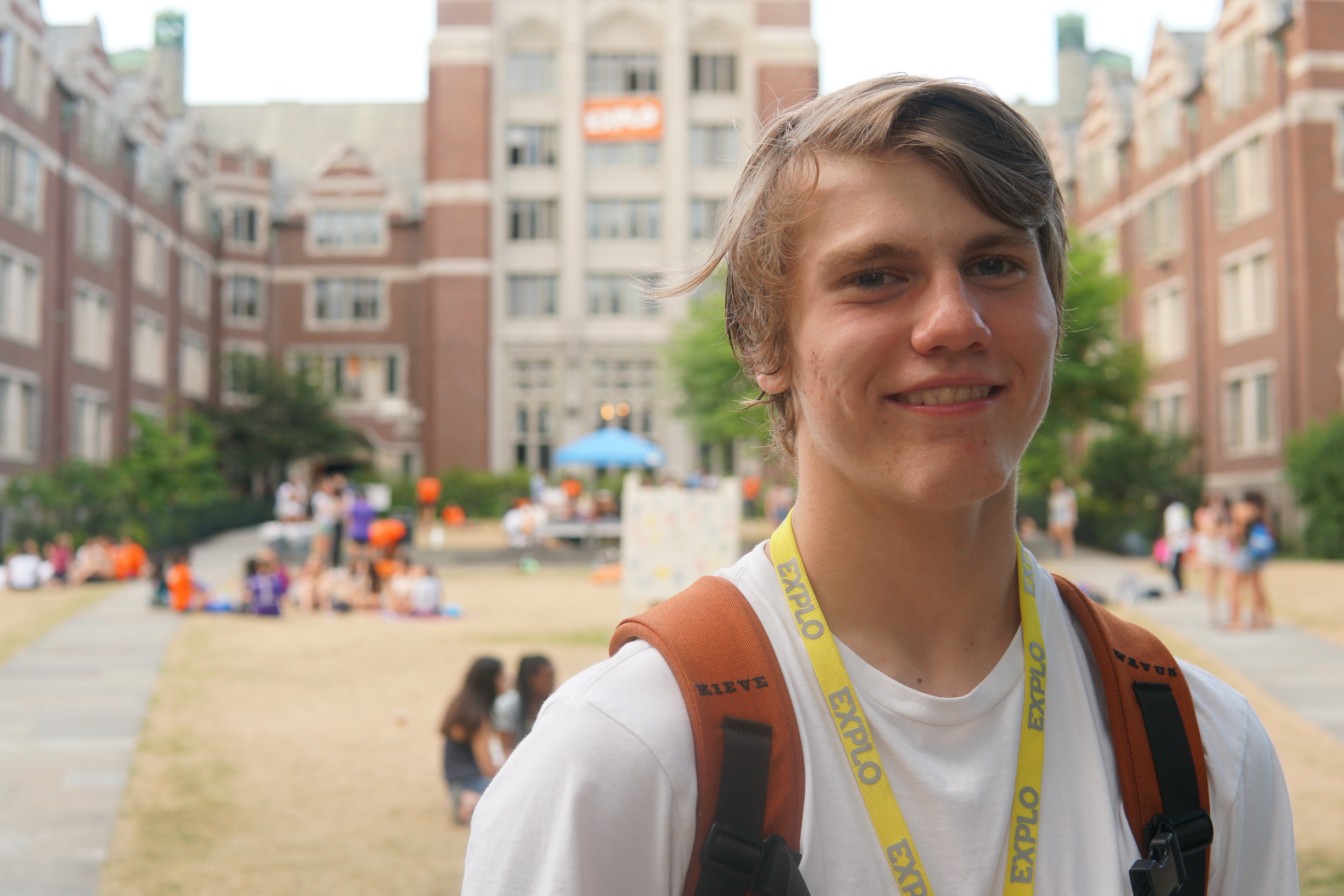 Before coming to EXPLO, Warner spent 22 days on the Appalachian Trail that led him to the summit of Mount Katahdin. Now that he's here, he plans to use that experience to help him at EXPLO.

I just finished hiking 200 miles on the Appalachian Trail. It was part of a wilderness training program that I was doing. I’ve been going for eight years, so I was allowed to go on the longest trip they had to offer. It was 22 days of hiking on the trail. It was a lot of work but I had so much fun doing it. The feeling of getting through it and accomplishing it with friends was just incredible. Personally, Mount Katahdin was my biggest accomplishment along the way. It’s the highest point in Maine and the last part of the trail. It’s 5,267 feet in elevation. We got up at 3 a.m. and we were on the trail by 4 a.m. It was a lot of fun and getting to see the look on people’s faces when we were walking down and they were just making their way up.

During that experience I learned that I can do anything I put my mind to. Even when times are tough, I know that I can still accomplish anything. Even on other parts of the trail there are times where you just want to give up, but you just have to put one foot in front of the other to get somewhere. It gave me a new mental toughness that I think will translate well into EXPLO, but also into life.

Aside from having that mental toughness to help me here, I’ve been told that I have a great ability to make friends. I don’t know if it’s true but that’s what I’ve heard from a lot of people. I think I do have an overall ability to be caring and compassionate. I’ve already made a bunch of friends here. I am excited to meet people from all over. I'm also just really excited to learn, as cheesy as that sounds.