Eric's been talking about a giving a Veterans Day Presentation to the organization all week, but has remained coy and secretive about what might actually take place. Slowly, Eric dives into the box pulls out a mysterious package, and finally, we are let in on the secret — well, sort of.

Three unopened boxes sit in the middle of a table in the Press Room, a space at EXPLO often used for large gatherings. Eric Edwards, System Administrator and Army Veteran, stands in the middle of the room, hand leaning on one of the lids of a box, eager to open it.

Eric has been talking about giving a Veterans Day presentation to the organization all week, but has remained coy and secretive about what might actually take place. Slowly, Eric dives into one of the boxes and pulls out a mysterious package. Finally, we are let in on the secret — well, sort of.

Eric holding up a package of "french toast" from inside one of the MREs.

In his hands contains the words "MRE: Jalapeno Pepperjack Beef Patty", but in no way shape or form do I see just how the bag holds what otherwise sounds like a satisfying meal.

It turns out, in honor of Veterans Day, Eric's presentation includes gifting each employee a single Meal, Ready-to-Eat — more commonly known as an MRE —  which is a self-contained individual ration most often consumed by soldiers out in the field.

Eric begins to unpack the MRE (which is no bigger than a tissue box), and explain all the various items inside of it. Like Mary Poppins' magic purse, the container seems endless. Along with dehydrated beef, shortbread, and cheddar pretzels, it also includes small details: individually wrapped salt and pepper, dehydrated cappuccino mix, and even two sticks of mint gum. It's fascinating to watch Eric continue to unwrap and unfold, dissecting each and every item like a meticulous surgeon. 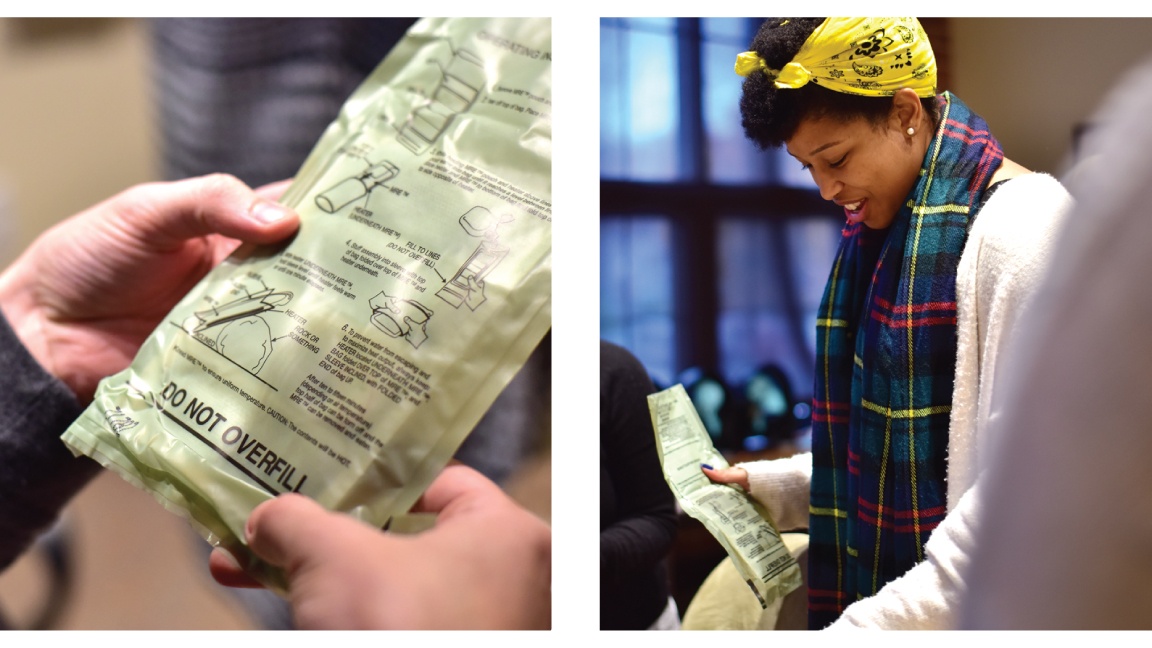 Candace, Assistant to Head at Yale, examines her stockpile.

Eric goes on to explain that those serving in the military would consume around 5 MREs a day while out on the field. These MREs contain upwards of 1,500 calories per bag alone, but because of physical demands, sometimes five bags were still not enough caloric content to keep him and his platoon satisfied.

Eric then asks each employee to grab their own MRE. Stepping up to the box, we all blindly pick a bag, not knowing if we are going to be eating "Beef Brisket" or "Mexican Style Chicken Stew" — which, quite frankly, is part of the thrill of the whole event.

We eventually get all of the necessary items and, per Eric's instructions, place them into a sleeve of our container, called a "flameless ration heater." This heater is actually an activated exothermic chemical heater, capable of raising the temperature of an entree by 100 °F in a matter of minutes.

While we wait for our food to "cook," Eric tells us stories of some of his experiences in the army; of how he once spent 21 full days without a shower with only MREs to eat. He laughed while sharing an anecdote of one platoon member. He even revealed to us that he once met Colin Powell. 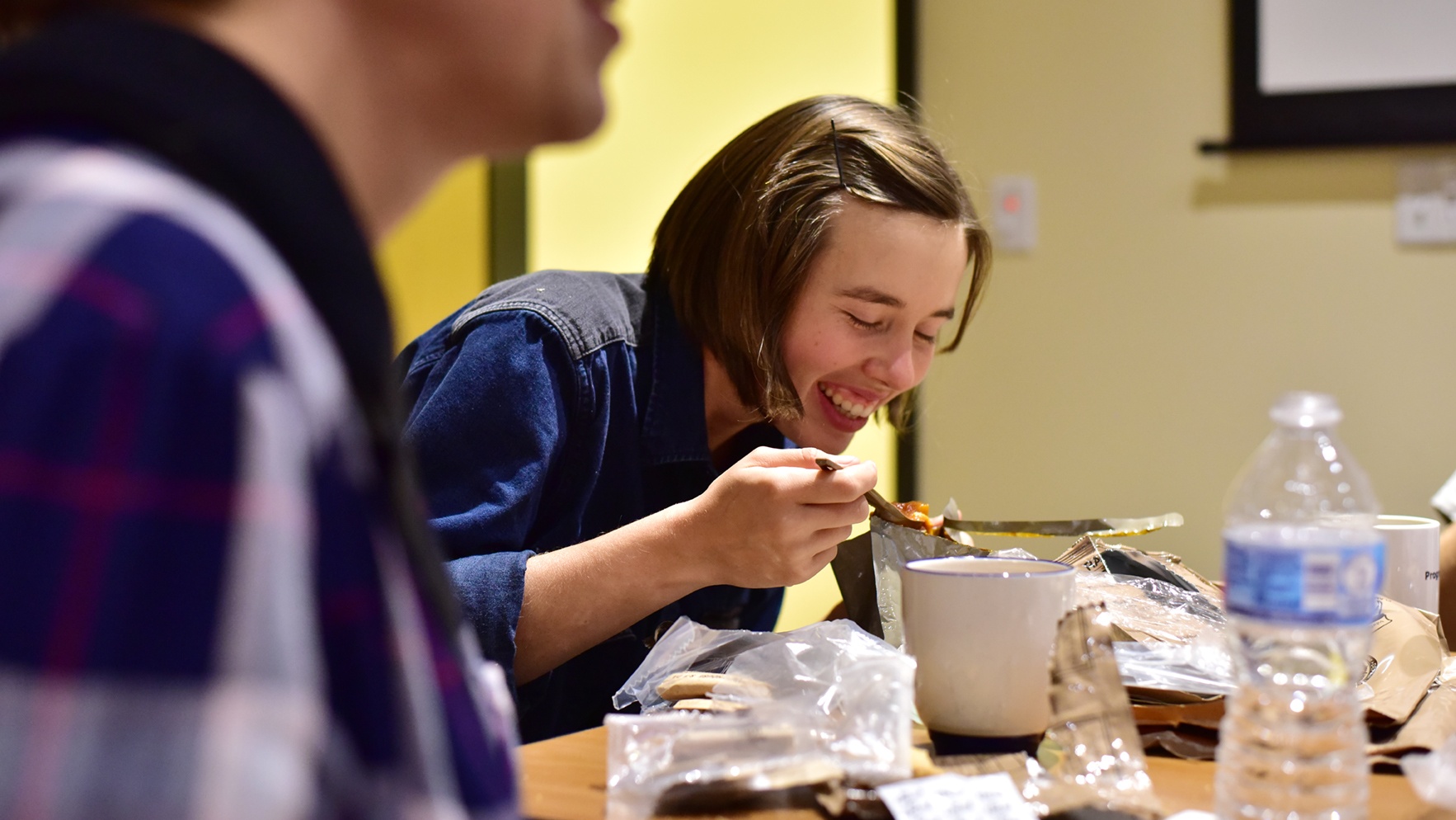 Thanks to one of our employees at EXPLO, we were able to learn more about active military duty in the United States.

On behalf of Eric and all retired soldiers, we wanted to express our gratitude for your service to our country. Happy Veterans Day.

If you would like to learn more about Eric, his role at EXPLO, or his experience in active service, check out our recent interview here.

10 Ways to Become a Better Person

Daily Rituals: How to Become Your Most Creative Self

True Grit: How Best to Raise Our Children?