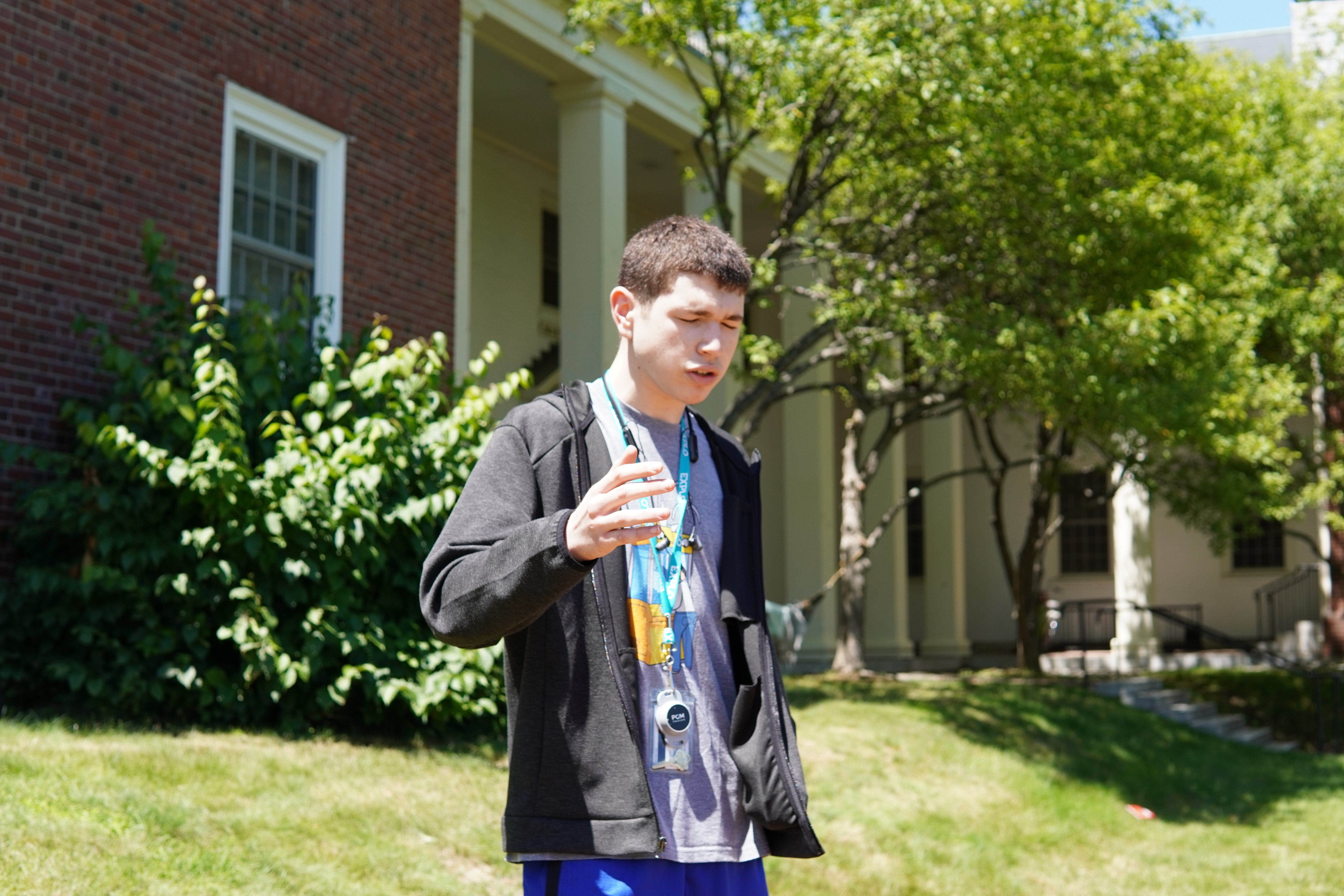 In this brief interview, Jack discusses his experiences playing dungeons and dragons with new friends, the struggles of working with artificial intelligence, and his attempts to make a one-man show through video editing magic.

Start with your name, and just a little bit about yourself.

Okay, my name is Jack, and I'm interested in computer programming, making projects in computer game programs, and board games. I also like to make bots on Discord. The message service allows us to make computers read and send messages. I made a lot of games with that, including a Jeopardy game. It asks you questions, you type your answer.

I also have a game I play by myself. It’s called "My Captain." You play as a ship as it sails across the board, attempting to develop it and gain things. And the interesting feature of that is, unlike other games where you stop and pause, in this game you change the velocity so you basically make sure that you increase your speed to avoid obstacles — but you don’t want to do it too fast or you’ll fall off the map.

Tell me a little bit about the friends you've made here.

I’ve made a few friends here from playing Dungeons and Dragons in the club. And, obviously, in my dorm and during meals. I like talking about useless pieces of information I find interesting. Like, how we as a world have come close to nuclear destruction accidentally. I find that interesting. I also find mundane things interesting, such as how Tuvalu, a tiny island nation, makes tons of money every year because they have the domain name dot tv.

I was also talking to my friend about the Turing test, which basically trying to tell if someone (or something) is a computer or a human. I was thinking about it because of the culinary activity this weekend. I thought it would be interesting having a computer writing recipes. So I've been using my phone and text and my computer, and basically creating these recipes to teach an AI that writes things. Anyway, well, because this is AI, it doesn’t know what anything is. It knows the nouns and how they work with other words without a real sense of what it actually is.

It would be fascinating to see it further along in its development — once it's read thousands of online recipes.

I just couldn't find a data set for recipes quite yet. Yet. It just needs to read more.

So how have you been spending your time besides attending class?

In a couple of ways. I’m a big special effects fan. I spent a lot of time, besides doing activities, making different videos. I was trying to make a video of the song "Master of The House" from Les Mis. I was basically the. The innkeeper, as he’s stealing all the stuff from his clients. I’m trying to do it by myself by placing different props in the frame and picking them back up in a different take. I don’t have it down yet, but the keyword is “yet.”

What events have you attended so far?

Well, I’ve really enjoyed Dungeons and Dragons club. I play it in my school's club back home, so I was excited to play here. It went really well.

How do you plan on challenging yourself in new ways in your last couple of days here at EXPLO?

I want to complete my “Master of The House Video” though it’s tricky with different light. I also really want to complete my "recipe robot," as I call it. Even if I can't find a text document, I can find a spreadsheet and convert it. Or I might just force it to read from recipe websites.

By Will Walawender
TAGS Session One
Subscribe to our newsletter