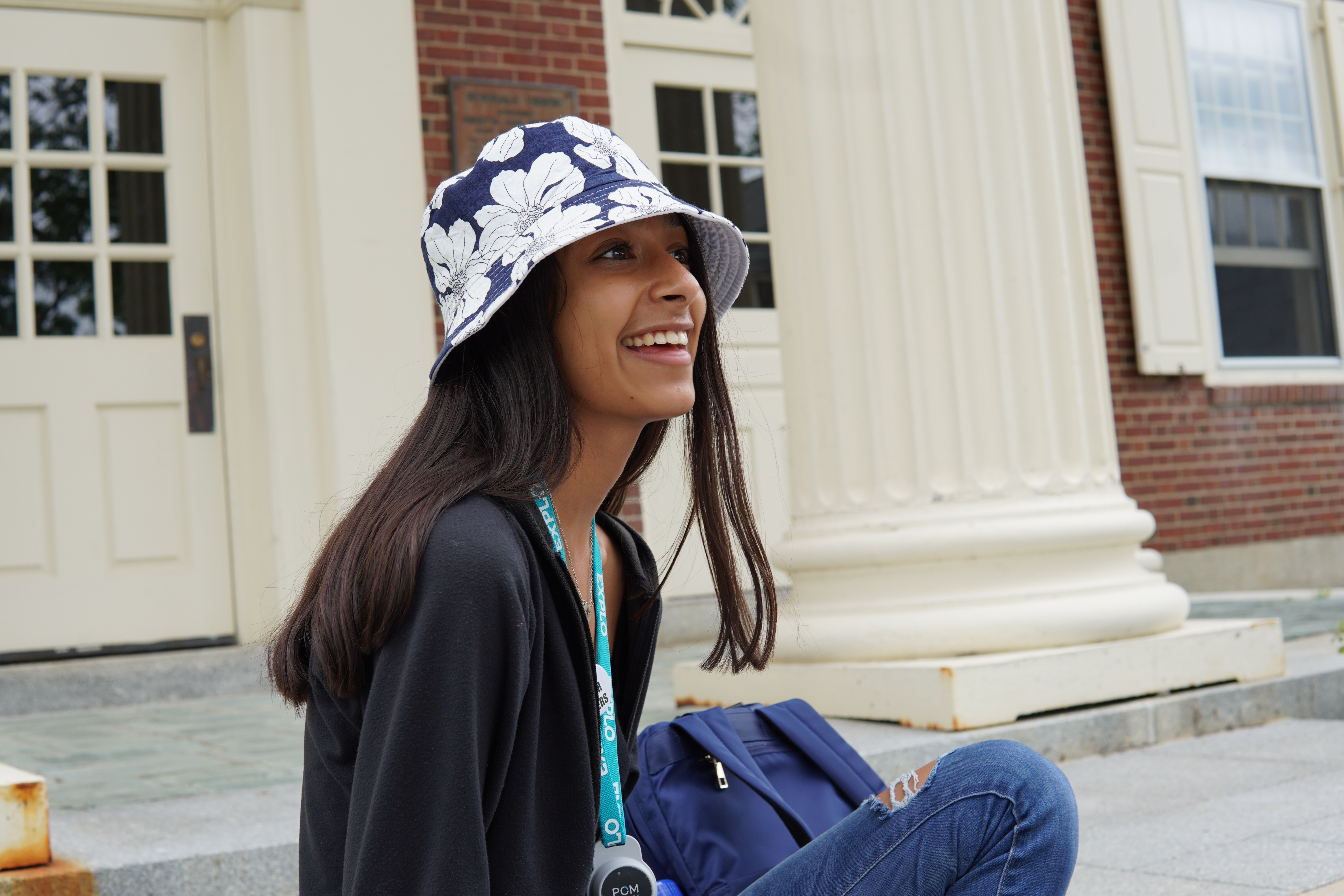 Returning for her fourth EXPLO summer, Amari discusses the concentration she is enrolled in, her hopes for the summer, and the exciting things she's already experienced in her first few days.

What concentration are you enrolled in this summer?

I'm in Trial Law and the American Justice System.

Well, today we had a guest speaker who was actually an attorney for a murder case in Maine, and she was supporting the mother and father of the victim. It was really interesting to hear kind of how the whole investigation started out and how the husband of the lady who was murdered led the police on this little goose chase and was trying to distract them. And it was really interesting to see an actual attorney at work and what they were doing and how they have to have all these investigators.

So it was really interesting to learn about that.

What about the process appealed to you? Or perhaps it didn't appeal to you?

I think I was very interested to see how they use things that we had learned in the class in the actual investigation. So there are Miranda rights which are rights that the suspect gets if they're being arrested, like the right to remain silent and that all things that you say could and will be used against you. It was really interesting to hear what we were learning in class in that. And I really liked the way that everything was a lot of waiting because it's interesting how something could change in just a month.

Like, they learned he wasn't going to be arrested if it was in August, but in September is when they found the body and he was arrested.

What's the strangest law that you've learned about? What's something that shocked you or you just found bizarre?

That reminds me of The Incredibles.

What drew you to Trial Law before coming to Explo this summer?

Well, I’ve always been interested in helping people and making things right. I don't know, I was just always interested in how the American justice system works, especially in the last couple of years when I've been more involved in how these laws might not actually be beneficial to our country and going to protests and stuff. I realized that something I'm passionate about is making sure things that should be right are right and making wrongs right.

Where do you want to focus those energies? What wrongs would you want to be writing if you had to focus on one area?

One thing that is I'm really passionate about is gun control. Both from a personal experience and just seeing the Parkland shooting, which was high schoolers being stuck in their classrooms, hiding under tables because when a former student shot them. With those two things combined, I really wanted to focus my energy here and I've done countless research papers on it this year and I did a project on it. It's interesting to learn how messed up the system is and that we do need better laws to help it. And we also need better laws to control the guns to make sure that they're not going to people they shouldn’t go to. They need to be secured and safe with people who are licensed, not random individuals.

I know for my state, Massachusetts, there is one license that you can actually get at 15 if you have parent permission. That's something that really shocked me when I first heard it. So that is something I would definitely address by using evidence that I found about how giving a gun to a minor is a problem. And that's something I would probably bring up in a discussion and maybe even write to a governor.

And that could be something that could be actually altered into law because there are certain laws regarding when you can get a gun. And if you have a bunch of people complaining about that, then the law can be discussed and appealed.

What are you hoping for in this coming week in your class?

I’m hoping I learn more about how my system works in the country that I live in, but also I really want to learn how an actual trial goes and that's what we're doing next week. We're having our own little mock Trial.

We have a Supreme Court Justice of Colorado teaching us. He's coming in, and he's going to judge an actual case, which is really cool. So we're going to be learning how to do like a trial and everything and I can know exactly what questions they ask you and all of that.

And what are you excited about outside of your class?

I'm excited to be with my friends that I've missed a lot. This is my fourth year at Explo. So I've gotten to meet countless friends. I have a lot of friends from previous years, especially two years ago. And  I'm also excited to make new friends. I met a lot of people that I’m now really good friends with in my hall, just from these last four days. I've met a lot of people that I'm now becoming friends with. It's exciting to be back.

By Will Walawender
TAGS Session One
Subscribe to our newsletter