Explo at Yale: Eliza from England

This is Eliza's second Explo summer and her first at Explo at Yale. As a rising sophomore she already knows that she wants to attend university in the States, and is planning on taking the SAT prep course next year when she returns for her third summer.

Is this your first time at Explo?
No, it’s my second year — my first year was at Wellesley two years ago. Last summer, I went to a Spanish learning camp, but I wanted to come back because it was more fun here. This year I’m a bit too young to take the SAT course — my sister took it when she came here and said it was really helpful. And the kids who are taking it this year suggest the same thing. I think that coming back next year and taking the three-week SAT prep course will really help me with American universities. In the U.K., we don’t have many SAT courses so it’s quite expensive at home to even take lessons.

What classes are you taking?
My classes now are International Economic Development and Biomechanics of Sport. In economics, we’ve been covering the basics and doing some exercises like what it would be like if you were poor. We’re also learning about economic crises in other parts of the world which I didn’t know about — like in the U.K. I’m aware of what’s going on in Europe, but not much about South America. So we discussed some of the things going on in Venezuela, which I wasn’t really aware of before. So that was a really good learning opportunity. I chose Biomechanics of Sport because I’m interested in physiotherapy, but it showed me that that’s not necessarily the right thing for me. I’m not really that into physics and there’s a lot of it involved — more so than I thought. It’s a good course — I think it’s taught really well and I enjoy it — but I’m not so sure about it as a career.

That's a really important thing to learn. Do you play any sports?
I play lacrosse most of the time — we were just on tour in California, which was pretty good fun. It was for our pre-season because our season is from September to around February in England. It’s growing in popularity in England — especially for private schools. We’re one of the only day schools that actually offer lacrosse. The rest of the schools who play are all boarding schools. So our team travels to the countryside every weekend to play since we don’t have our own fields. I also play tennis and do track and field. I’m a hundred-meter runner and a long-jumper.

Everyone is really genuine, which is what brought me back to Explo — everyone here is so willing to make friends with everyone else...

You mentioned that you’re interested in American universities. Do you have any specific plans?
I’m interested in the University of Virginia because their lacrosse program is really cool and they offer some really good classes. Also, the school itself is really beautiful and I have some family friends who go there who have told me positive things about it. And obviously it’s a really top school as well. My sister just finished the application process in the States and actually opted to go to Cambridge — she had a placement at the University of Chicago, but she decided otherwise.

Do you know what you would like to major in?
I’m not sure about what I would major in. I’m still interested in physio — maybe not so much the biomechanics part of it. I’m also highly interested in marketing in either sports or just business. I took economics because in the U.K. I can take an economics class from next year if I want to and take a government exam in that. I like the subject, and also for general knowledge, it’s a really good thing to have.

You attended the College Search Seminar today. Could you tell me about that?
It was all about applying to colleges and how it works and just the fundamentals of it. It’s a good thing to have under your belt as you start to do college work over the next couple years. It’s good to be aware of it because it creeps up on you really quick. I’m going to be pretty occupied with government exams this next year, so it’s good to get stuff like this out of the way during the summer with someone who really knows what he’s doing. The guy leading it was the Director of Admissions from Princeton University and he was a really nice guy. It’s really good knowledge to have, as much as I would have liked to go to the football [soccer] games. I’m a huge Chelsea fan — that’s kind of what I do in my spare time.

What are your favorite subjects in school?
In school I like history — although I don’t plan on taking it that far. I really enjoy learning about WWII. It’s a good general knowledge thing to have for dinner conversations as well [laughs]. My mum is from Germany and my Dad is from New York so I kind of have an interesting background in that regard. I also enjoy design technology — kind of like what’s called woodshop here. I prefer the designing part as opposed to the making, but either one is good fun. For my controlled assessment, I have to make a sports storage unit which I’m currently trying to figure out some designs for. And then I also enjoy studying sports — we have a study of sports class where we do muscle groups, how to become a better athlete, all that kind of thing.

How do the courses here compare to your school?
No homework [laughs], so that’s good. But no, the classes are really good and they’ve definitely given me some pointers for what I want to do or what I’m interested in. And just generally good introduction courses to the types of subjects I want to take. It’s a good thing to have three weeks of an introduction to a course because it can really start you off on the right foot when the semester starts.

How’s your dorm?
I love my living group. I have a really good roommate — her name is Nicole and she’s from New York — and my suitemates are Olivia and Paige. Paige is a really good friend of mine. There’s another girl from the U.K., and some girls from Miami who I’m friends with — just generally from all over. Everyone is really genuine, which is what brought me back to Explo. Everyone here is so willing to make friends with everyone else, which is why I loved it so much. It makes it so much easier to hang out with new people and meet new people. From the last time I was at Explo, I kept in contact with three or four people, and I ended up staying with two of them in Miami when I went there for Easter. And last summer I stayed with a girl from my living group, so the friends you make here last for a long time, which is important. Everyone is really accepting and as long as you’re a nice person, it’s pretty easy to do. My Residential Advisor goes to Princeton and it’s been really helpful talking with her about university applications just in general. She’s really nice to talk to.

As a whole, how would you describe Explo?
That’s tricky — it’s just a whole bunch of fun, wrapped up. You have everything — there’s academics, but it’s academics that you’ve chosen, so it’s stuff that you enjoy. On the weekend, you have trips that are really fun, you can play sports, you meet a lot of new people, it’s just everything you could want really in a summer holiday. And it goes by too quickly.

Is there anything else you’d like to add?
Just thank you to everyone who made this a really good experience. I plan on coming back next year hopefully if everything works out well. Even if I don’t come to Yale — which is obviously a very competitive school to get into — it’s really cool to be able to say that I lived there for three weeks. I’m very appreciative of coming here. Foreign Affairs: Trip to US Mission to the United Nations 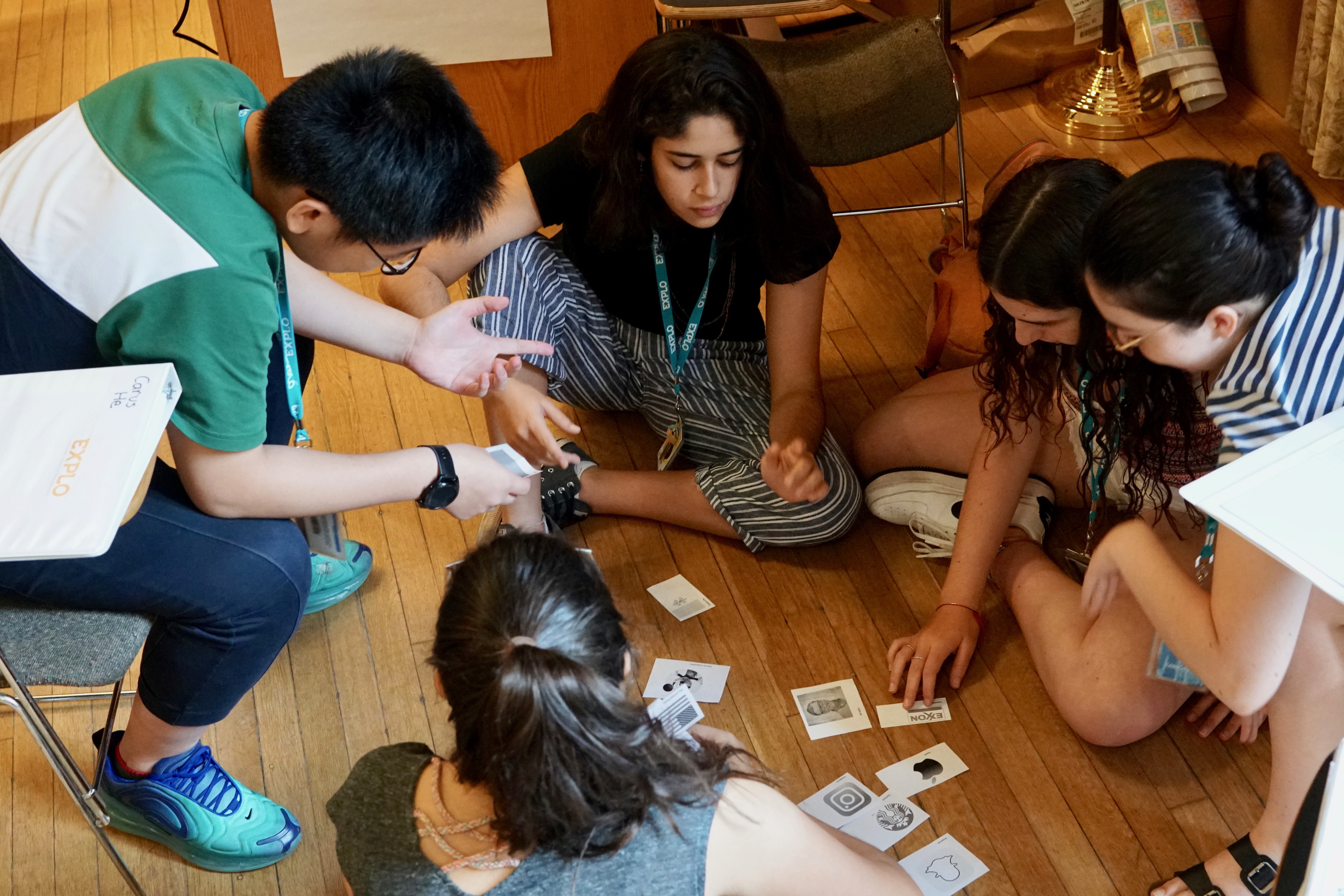 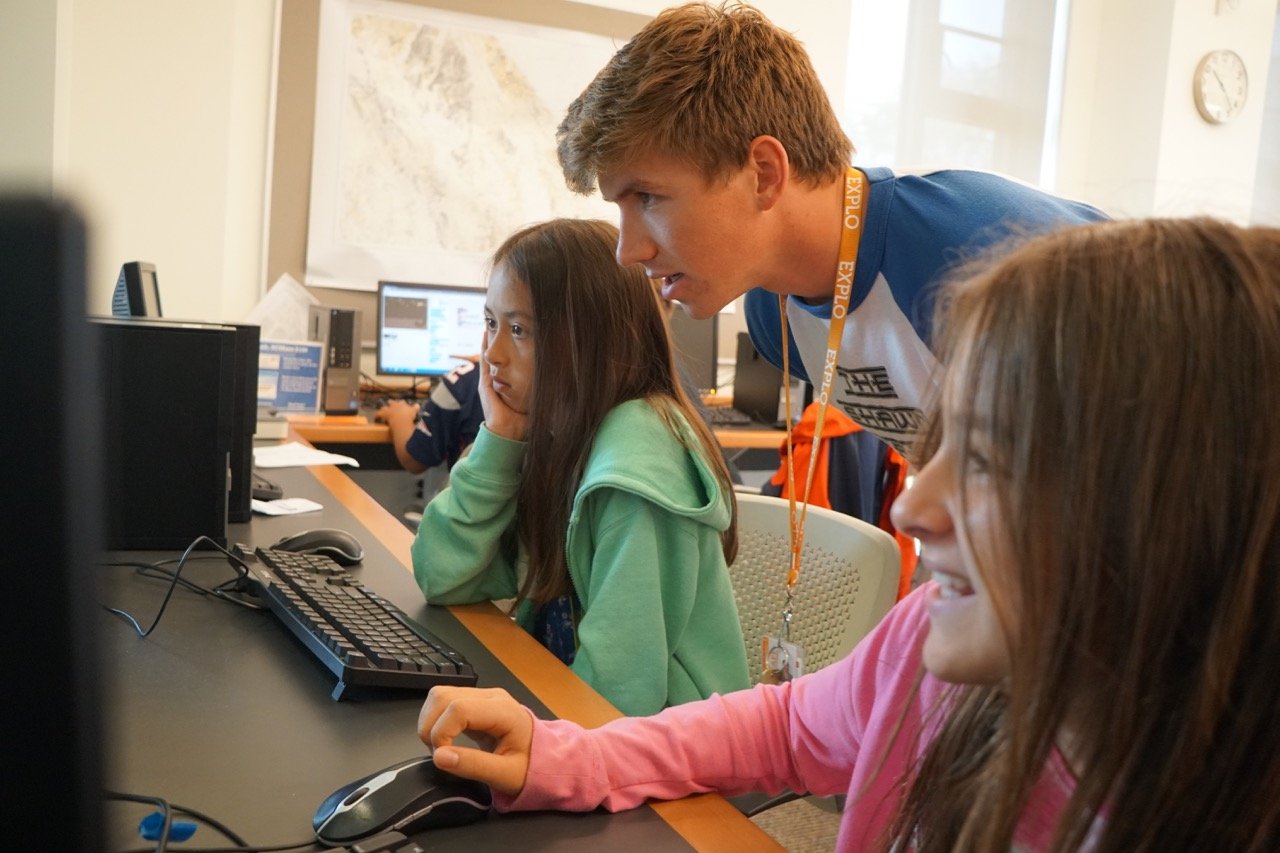 Foreign Affairs: Trip to US Mission to the United Nations
Foreign Affairs
How To Use EXPLO Summer Sites
Meet Bella from Oregon
Meet Jean from Lebanon
Meet Kaavya from India
Meet Ethan from Virginia
Meet Colby from Maine
Meet Timesea from Mississippi