In the summer of 2013, Explo gave scholarships to 17 children of Boston Emergency Services Department members who were first responders at the Boston Marathon bombings. This fall, Boston EMS honored us with a special citation for our contribution.

April 15, 2013 marked the 117th running of the Boston Marathon, the oldest marathon in the world. On that day, more than 20,000 runners--a field that included some of the fastest competitors as well as novice athletes hoping to complete the distance for the first time--toed the starting line. The 26.2 mile course teemed with enthusiastic spectators, there to support family and friends, and to celebrate one of the nation’s most extraordinary sporting events.

Just before 3pm, the Boston Marathon took a horrifying and tragic turn when the first of two bombs detonated near the finish line. 13 seconds later, the second bomb went off along the same stretch. Together, these acts of terrorism caused three casualties and hundreds of devastating injuries.

Pandemonium ensued as thousands of runners and spectators attempted to flee the area. In the midst of chaos, fear, and destruction, as masses of people tried to move away from the bomb sites, volunteers rushed toward the wreckage to aid the wounded. Many of these first responders were Boston Emergency Services professionals, stationed at the finish line to tend to typical issues related to long-distance racing--dehydration, cramping, and minor injuries. In a moment, the lives of these emergency responders changed forever.

Though the circumstances surrounding the heinous events of April 15th are nearly unspeakable, I will always remember with pride how our city, and my department, rose to the occasion in caring for the wounded. The show of support since, such as from Explo, has been humbling.

The tragic events of April 15, 2013 have affected countless people in myriad ways. Citizens within the Boston community have been particularly impacted. As a part of this community, and with a strong desire to contribute to it, the Explo leadership voted to donate summer program scholarships to the children of the Boston Emergency Services professionals involved in the marathon attacks. In total, 17 children of first responders attended one of our three programs in New England in the summer of 2013.

In the months since summer, we have heard from several of our Boston Marathon Scholars. Students described making new friends and trying new things, and parents wrote about seeing excitement on the faces of their children each afternoon.

I had an amazing summer. I learned something different every day. It was the best three weeks of my life.

The core of Explo’s misssion is discovery: of the world, of people, of ideas, and of the joy of learning. For our Boston Marathon Scholars, we were also committed to a rediscovery of joy, perhaps a bit elusive since April.

To see [my children] come home excited about the new friends they made and things they learned and experienced was absolutely priceless. Thanks to Explo I was able to breathe a little easier this summer.

This fall, Explo was honored with a Boston Emergency Services Special Citation at their annual retirement and recognition dinner. James Hooley, Chief of Department at Boston EMS, presented the award to Explo’s Director of Admission, Crystal Garneier. We are thrilled to have made a difference for these Boston children and their families.

The Scholarships donated to children of Department members were above and beyond. This was an exceptional opportunity for our kids and we will forever be grateful.

A summer at Explo can be transformative, and we are dedicated to helping as many students as possible attend one of our programs. For the summer of 2014, Explo has committed one million dollars in need-based financial aid. We strive to support students from all backgrounds and invite them to take part in our worldwide community. 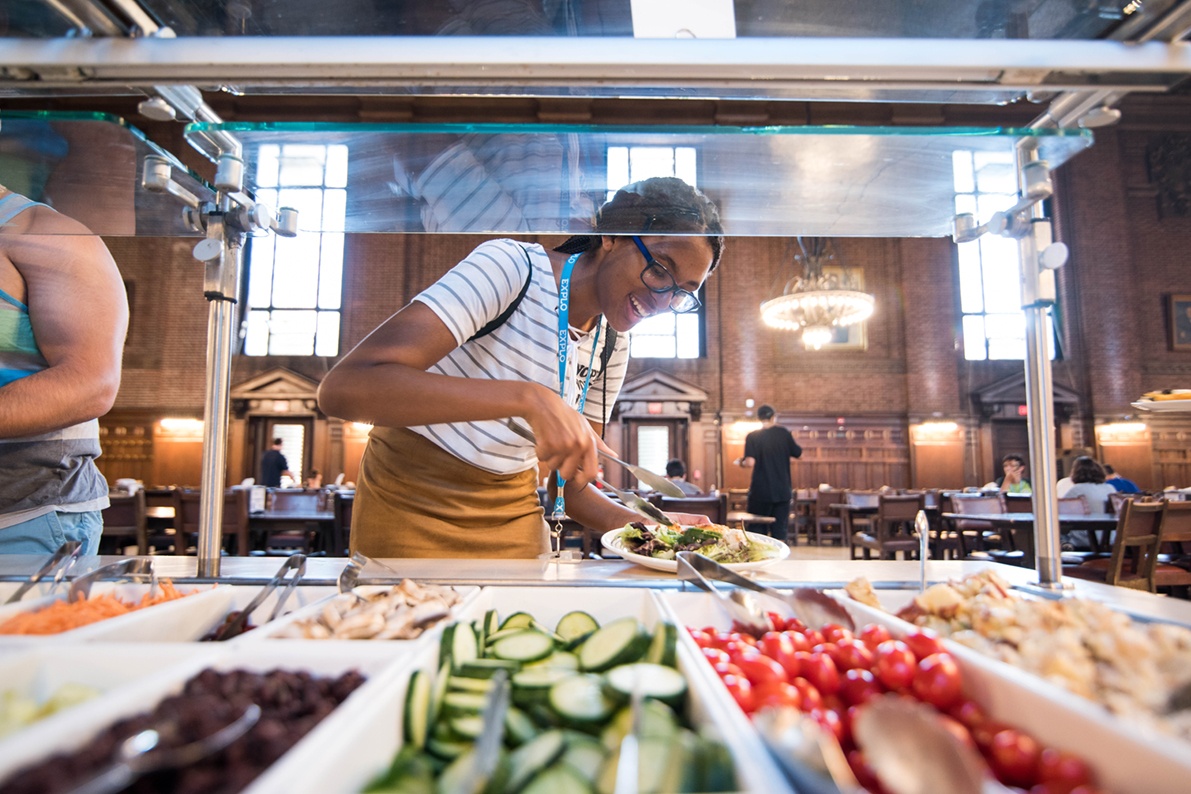 Stranded at the Salad Bar: Tips to Help Your Kids Make Meaningful Choices

Tips on Using the EXPLO Summer Sites
Community is Key to Building Confidence
Stranded at the Salad Bar: Tips to Help Your Kids Make Meaningful Choices
Laurie Santos — Internationally-acclaimed Professor of Psychology + Cognitive Science — Joins the EXPLO Network
Host of NPR's "Only A Game", Bill Littlefield, to Join EXPLO's Growing Network
Exploration or Focus: How to Choose Your EXPLO Program
Making Summer Meaningful: EXPLO and Beyond
Playful Learning at EXPLO
Who is Taking Care of Your Child? Safety and Supervision at Residential Summer Programs
x