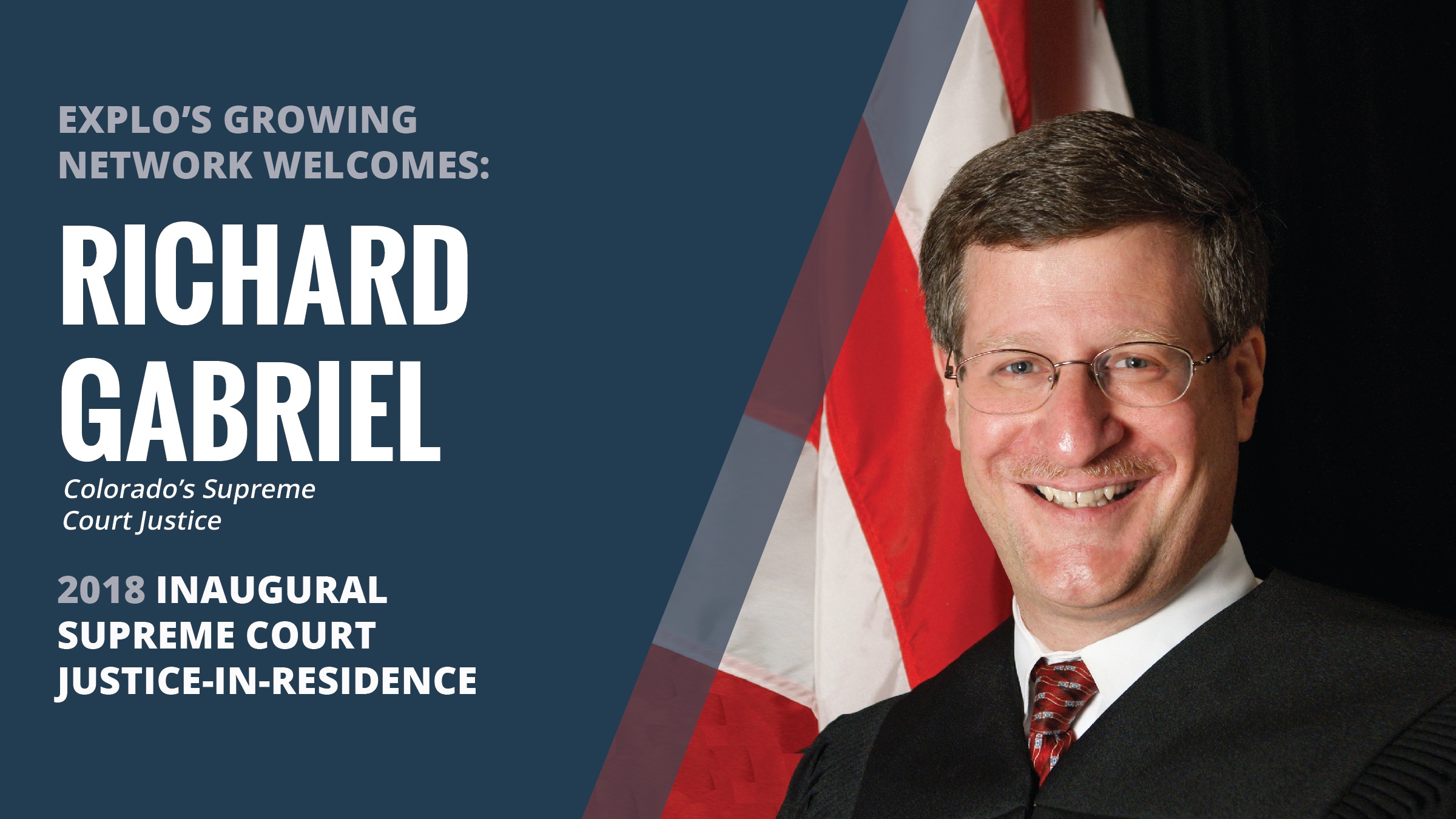 EXPLO’s students are among our best and brightest, and I believe that their understanding of the critical roles that our justice system and the rule of law play in ensuring fundamental fairness and equal justice for all should prove invaluable as the students assume their roles as future leaders in their communities and in society at large.

Justice Gabriel has served on the Colorado Supreme Court since June 23, 2015. He was appointed by Colorado Governor John Hickenlooper following seven years of judicial service on the Colorado Court of Appeals. Prior to taking the bench, Justice Gabriel was in private practice with a focus on commercial, intellectual, property, probate, and products liability litigation and appeals. He also served as City Prosecutor for Lafayette, Colo., and clerked for the Honorable J. Frederick Motz of the U.S. District Court, District of Maryland.

“I am incredibly honored and excited to join EXPLO as its inaugural Supreme Court Justice-in-Residence, and I thank everyone at EXPLO for giving me this opportunity,” Justice Gabriel said.

“I very much look forward to engaging with the students in experiential projects that I think the students will find both enjoyable and enlightening.”

In addition to taking part in courses, workshops, and department gatherings, we’re hoping we can convince Justice Gabriel to show us why he’s the resident musician on the Colorado bench. (We hear he’s known for playing a mean jazz trumpet.) 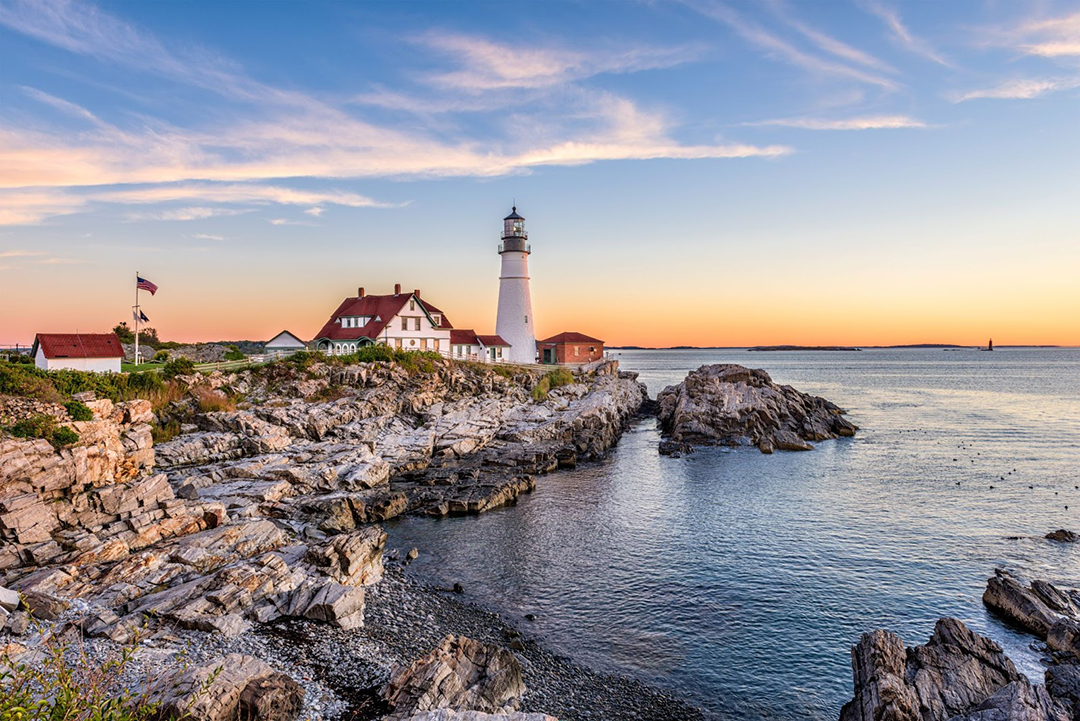 Explore Maine: There’s Something for Everyone! 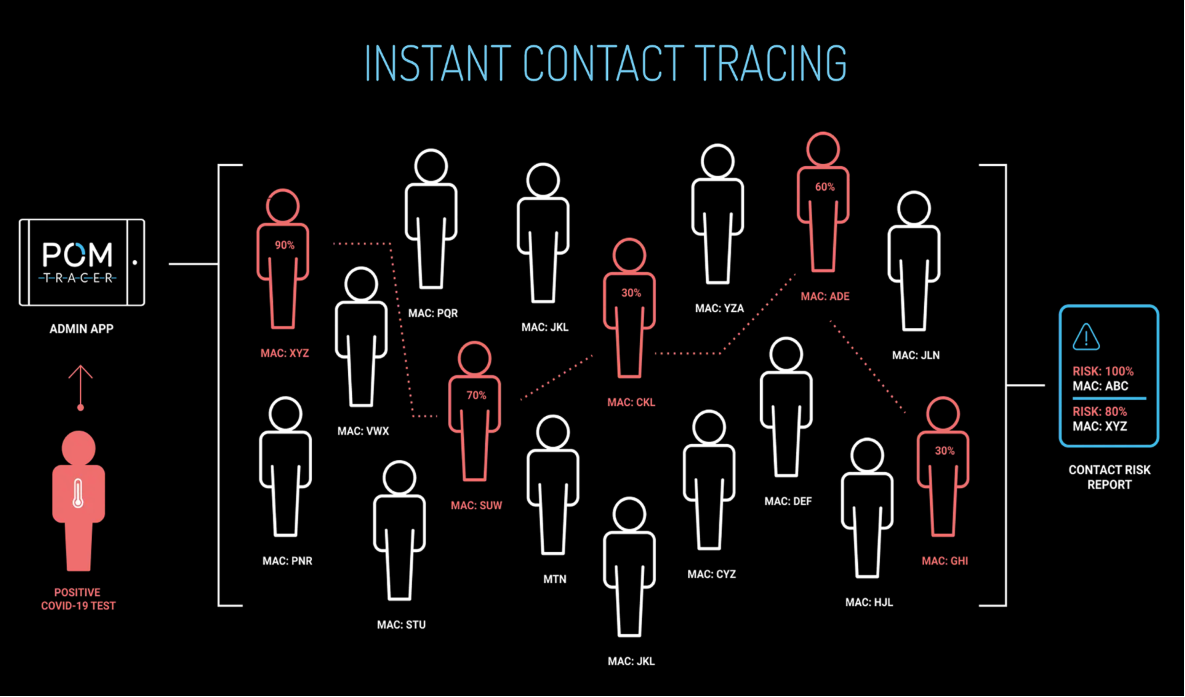 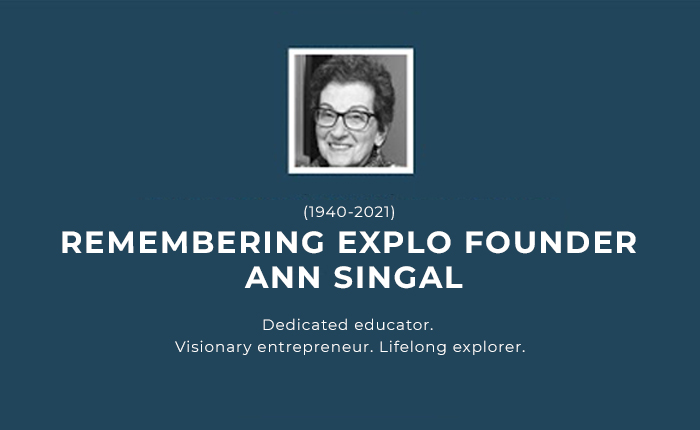 Explore Maine: There’s Something for Everyone!
EXPLO to Use POM Contact Tracing to Support COVID-19 Safety Efforts
Pioneering Educator's Vision Transformed Thousands of Lives
EXPLO Pre-College + Career Program to Offer College Credit
Reinventing the Pre-College Summer Experience
EXPLO 2021: A Triumphant Return On-Campus Programming
College Applications During COVID-19: It's All About Context
Applying to College During COVID: What You Need to Know
Leading with Safety, Transparency, and Thoughtfulness
x